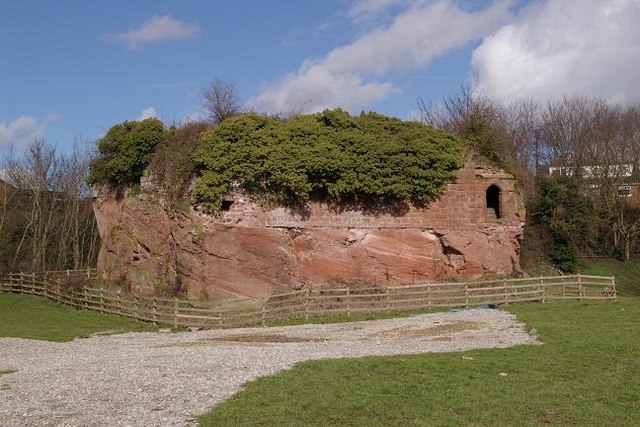 Location: Holt, Wrexham Borough, Wales.
Built: c. 1282-1311.
Condition: Ruins.
Ownership / Access: --
Notes: Holt Castle was a medieval castle in the town of Holt, Wrexham Borough, Wales. Work began in the 13th century during the Welsh Wars, the castle was sited on the Welsh-English border by the banks of the River Dee. In the medieval period, the five-towered fortress was actually known as Castrum Leonis or Castle Lyons because it had a Lion motif carved into the stonework above its main gate. In the 17th century, almost all the stonework was removed from the site; only the base of the sandstone foundation remain.Today the only sizeable part of Holt Castle that remains is the sandstone base. However a few masonry features are still visible, like the postern gate, a buttress and the foundations of a square tower.