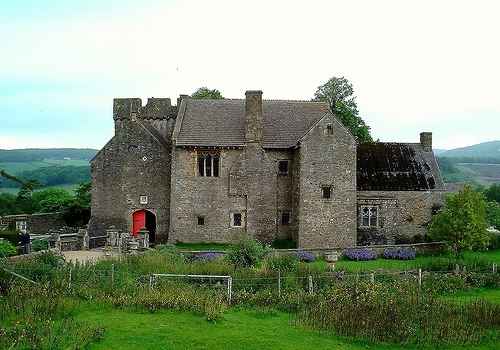 Location: Penhow, Newport, Wales.
Built: 1129.
Condition: Ruined.
Ownership / Access: Lewis family.
Notes: Penhow is best known for Penhow Castle, which has claims to be the oldest inhabited castle in Wales. It was built by Sir Roger de St Maur, one of the Norman knights who served the Norman Lord of Striguil at Chepstow Castle. He built a tower house, and documentary evidence shows that he was at Penhow by 1129. It is the first known British home of the St Maur alias Seymour family which rose to national prominence in the 16th century in the person of Queen Jane Seymour, the third wife of King Henry VIII, represented today by the Duke of Somerset. Later the Seymour family, which moved to Hatch Beauchamp in Somerset and Wulfhall in Wiltshire, sold Penhow Castle to the Lewis family of St. Pierre, who converted the castle to a modern residence in 1674. Thomas Lewis' son Thomas was High Sheriff of the county, and married the daughter of Sir Richard Levett, Lord Mayor of London. The Lewis family retained ownership of Penhow Castle for several centuries. The castle, which has a reputation for being haunted, was open to the public between 1978 and 2002.