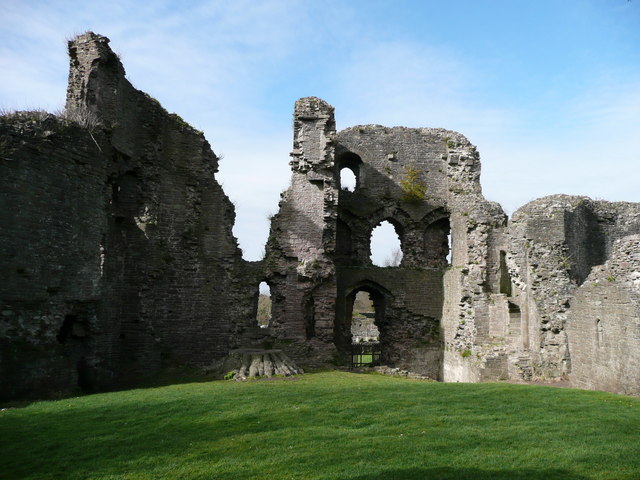 Location: Abergavenny, Monmouthshire, Wales.
Built: 1087.
Condition: Ruins.
Ownership / Access: Private.
Opening Times: Check their website for more info.
Price of Admission: Check their website for more info.
Notes: Abergavenny Castle is a ruined castle in the market town of Abergavenny, Monmouthshire, Wales, established by the Norman lord Hamelin de Ballon in about 1087. It was the site of a massacre of Welsh noblemen in 1175, and was attacked during the early 15th century Glyndwr Rising. William Camden, the 16th century antiquary, said that the castle "has been oftner stain'd with the infamy of treachery, than any other castle in Wales." It has been a Grade I listed building since 1952. The castle, now in ruins, had a stone keep, towers, and ditch as fortifications. It also housed the family and army of the lord and had cellars, kitchens, a great hall, gatehouse, and a chapel, although it is doubtful whether any of the families treated the castle as their main residence. A curtain wall surrounded the castle. The high, formidable curtain wall, dating from the 12th century, is now the most impressive part of the ruin. A 19th century lodge was built on the top of the motte in the 19th century. The castle's museum is located in the 1819 hunting lodge on top of the motte. Amongst the museum's exhibits are a saddler's workshop and a Victorian Welsh farmhouse kitchen.

How To Get To Abergavenny Castle (Map):