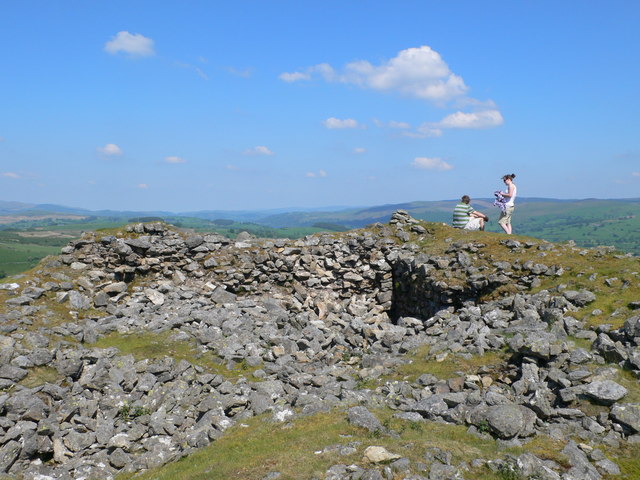 Location: Bala in Gwynedd, North Wales.
Built: mid 13th century.
Condition: Ruin.
Ownership / Access: --.
Notes: Carndochan Castle (Welsh: Castell Carndochan) is a stone castle near Bala in Gwynedd, north Wales built in the thirteenth century. Its early history is unrecorded, but its layout indicates it was built in the mid 13th century. Built in typical Welsh style, it consisted of a D-shaped tower with smaller round or semi-round towers surrounding a small ward and square central tower. It is not known when or why Carndochan was abandoned, although unsubstantiated excavations by nineteenth-century archaeologists apparently discovered substantial amounts of ash under the ruins, suggesting the castle was either sacked or demolished (often termed slighting). Today, the site is protected as a scheduled monument.