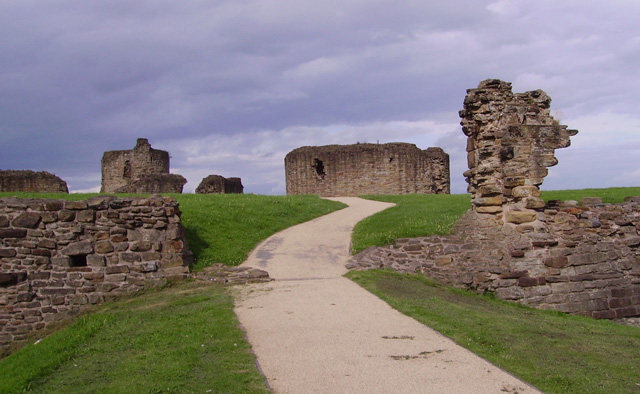 Location: Flint, Flintshire, Wales.
Built: 1277-1284.
Condition: Ruin.
Ownership / Access: Cadw.
Notes: Flint Castle (Welsh: Castell y Fflint) located in Flint, Flintshire, was the first of a series of castles built during King Edward I's campaign to conquer Wales. The site was chosen for its strategic position in North East Wales. The castle was only one day's march from Chester, supplies could be brought along the River Dee and there was by a ford across to England that could be used at low tide. Flint Castle, which has been managed as public monument for 90 years, is now maintained by Cadw, a Welsh-government body that protects, conserves and promotes the building heritage of Wales. Access is free and via a path. Most parts of the castle, such as the isolated keep, are open to the public. In mid August 2009, the agency temporarily closed Flint Castle to the public because of problems with anti-social behaviour. Cadw said youths were drinking on the site and vandalising the castle. Cadw is now liaising with North Wales Police to improve security at the castle.