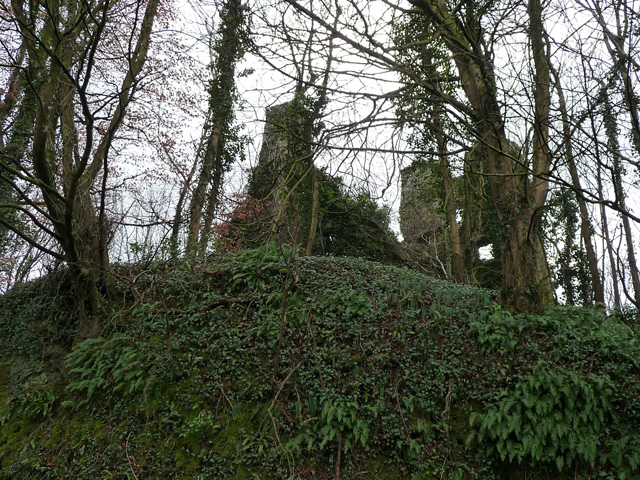 Location: Llansteffan in Carmarthenshire, Wales.
Built: 16th-century
Condition: Ruin.
Ownership / Access: --
Notes: Castell Moel is a 16th-century fortified manor house in Wales, founded by the Rede family. The castle stands on a plateau overlooking the River Towy, are the overgrown remains of a late medieval L-plan hall house. The main eastern block is a first floor hall and set in the re-entrant angle, is an adjoining high stair turret. The western block is a two-storey wing, with a porch and a cellar and the walls of the castle, once supported a crenellated parapet. Three miles north is Carmarthen Castle, and five miles south-west is Llansteffan Castle.