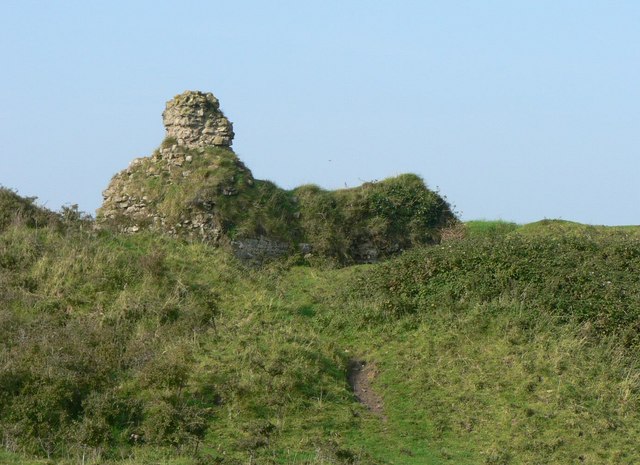 Location: Bridgend County Borough, Wales.
Built: --.
Condition: Ruins.
Ownership / Access: --
Opening Times: Check their website for more info.
Price of Admission: Check their website for more info.
Notes: Kenfig Castle is a ruined castle in Bridgend County Borough in Wales that came to prominence after the Anglo-Norman invasion of Wales in the late eleventh century. An early reference to a castle at Kenfig can be found in 1080, when Iestyn ap Gwrgan was said to have refortified it, but probably this was a different structure to that raised alongside the town that developed there in the mid-twelfth century. The castle was sacked by the Welsh on at least six occasions, in 1167, 1183, 1232, 1242, 1294-5, by Morgan ap Maredudd during the revolt of Madog ap Llywelyn, and again in 1316 during the revolt of Llywelyn Bren. By the late fifteenth century both Kenfig old town and the castle had been abandoned because of encroaching sand dunes. John Leland wrote in about 1539, "There is a little village on the est side of Kenfik, and a castel, booth in ruine and almost shokid (choked) and devourid with the sandes that the Severn Se ther castiith up". Kenfig Castle, the top of the keep is all that emerges from the dunes of Kenfig Burrows In the 1920s and early 1930s much of the sand was excavated as an Archaeological dig. The sands re-invaded and only the top of the keep is now visible.

How To Get To Kenfig Castle (Map):