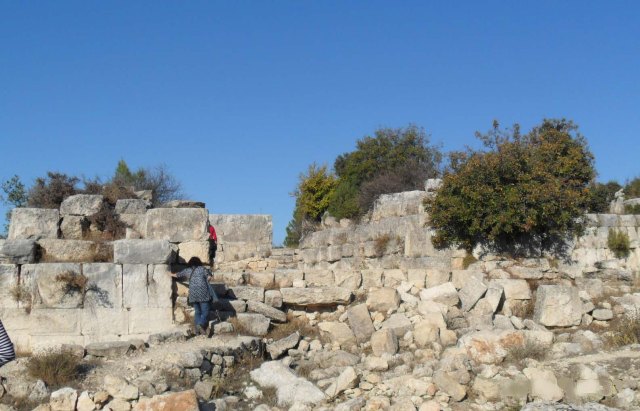 Location: Mersin Province,Turkey.
Built: --,
Condition: ruin.
Ownership / Access: --
Notes: Meydancik Castle (Turkish: Meydancik Kale) is the name of a castle ruin in Mersin Province, Turkey. The original name was Kirshu and the name of the ruin during Ottoman times was Beydili Kale.After the collapse of the Hittite Empire, Anatolia experienced a period of turmoil. Many small states emerged, one of which was Pirandu in South Anatolia, which was established by the Luwian people at the west of the G�ksu River around the 7th century BC. The capital of Pirandu was Kirshu . However, in the 6th century BC, Kirshu was sacked by the Babylon Emperor Neriglissar. After Babylon was defeated by the Persians, Kirshu came under Achaemenid rule and after the Achaemenid Empire was defeated by Alexander III of Macedon, Kirshu was incorporated within the realm of the Ptolemaic dynasty of Egypt [3] and later that of the Seleucid Empire.