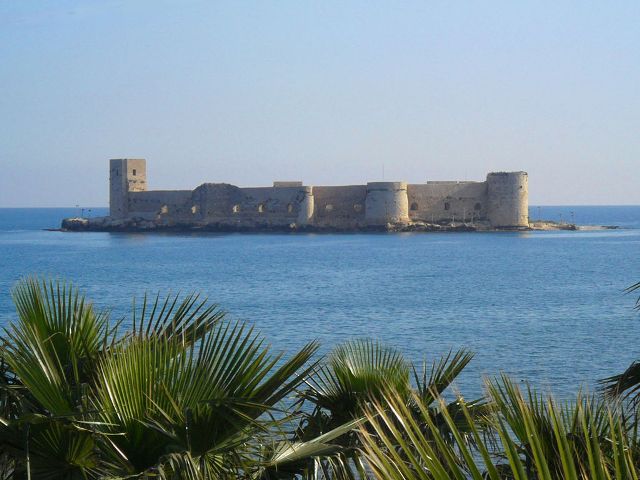 Location: Mersin Province of Turkey.
Built: 1199,
Condition: Partially standing.
Ownership / Access: --
Notes: This article is about the castle in Erdemli. For castle in Tarsus, see Kizlar Kalesi.Kizkalesi (Maiden's Castle, also known as Deniz kalesi) is a castle situated on a small island in Mersin Province of Turkey.According to Strabo, the island was used by the pirates in the ancient age. But the castle was probably built by Alexios I Komnenos of Byzantine Empire after the First Crusade. It was rebuilt or repaired during the reign of Leo I of Cilician Kingdom of Armenia in 1199. The building material seems to be the stones of a former building. Probably there was an older building in place of Kizkalesi. In the 14th century the Cilician Kingdom was on the verge of collapse and in 1361 Peter I of Cyprus captured the island at the request of the inhabitants. The castle was captured by Ibrahim II of Karaman in 1448 and by Gedik Ahmet Pasha of the Ottoman Empire in 1471. (Karamanids was an Anatolian beylik )