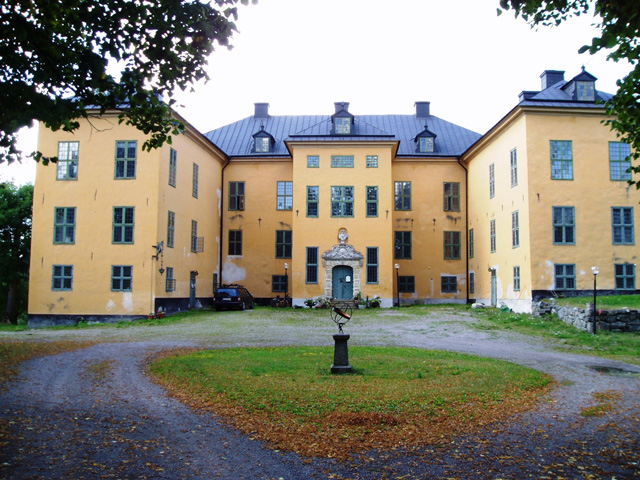 Location: Uppland, Sweden.
Built: 1670.
Condition: Intact.
Ownership / Access: Restaurant.
Notes: Venngarn Castle (Swedish: Venngarns slott) is a castle in Sweden. Venngarn is known since at least the 12th-century. During the 15th-century, the estate was owned by the noble family Baner. In 1441, it was given Cecilia Haraldsdotter (Gren) upon her marriage to a member of the Baner family: it was inherited by her daughter Sigrid Eskilsdotter (Baner), the maternal grandmother of King Gustav Vasa of Sweden, and through her come to belong to the royal house in 1555. In 1568, it was given to Princess Sophia of Sweden upon her marriage and served as her residence alongside Ekolsund Castle: during the 1590s, it was often used by her adult son Gustav of Saxe-Lauenburg. Venngarn Castle was sold to count Frans Berendt von Thurn in 1619, and bought by Magnus Gabriel de la Gardie in 1653, under whose ownership the castle is said to have a period of splendor. Venngarn Castle was confiscated by the crown during the Reduction (Sweden) of Charles XI and has since 1686 been rented out by the crown. In 1916-1997, it served as an institution for the rehabilitation of people suffering from alcoholism, and from 1997, it has served as a health center.