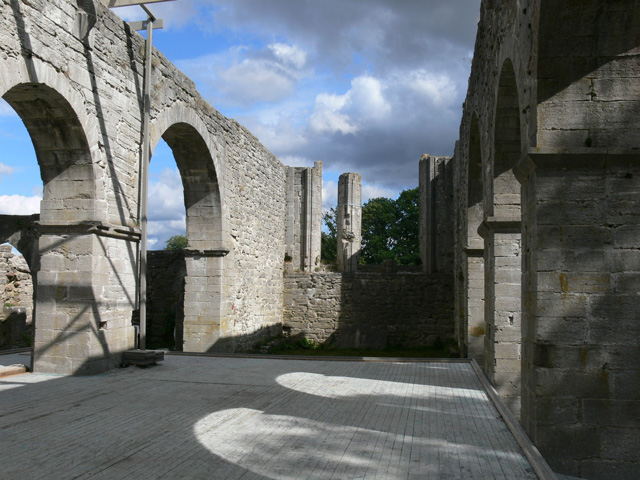 Location: Gotland, Sweden.
Built: 1733.
Condition: Intact.
Ownership / Access: Museum. Swedish National Property Board.
Notes: Roma Abbey (Swedish: Roma kloster) is a ruined Cistercian abbey and a crown estate in Roma on the Swedish island of Gotland. The abbey was built in the 12th century. After the Reformation, its lands were confiscated by the Crown and subsequently turned into a crown estate. Apart from the ruined church, the estate includes a manor house built in 1733 for the crown estate, known in Swedish as Roma kungsgard. The manorial cultural landscape with avenues and large fields surrounding the ruined church and the manor is unique on Gotland.Today the abbey and the manor are owned by the Swedish National Property Board. During summer theatre plays are staged among the ruins, a tradition that was initiated in 1989 and today attracts as many as 25,000 visitors every year, according to the organisers.

How To Get To Roma Abbey (Map):