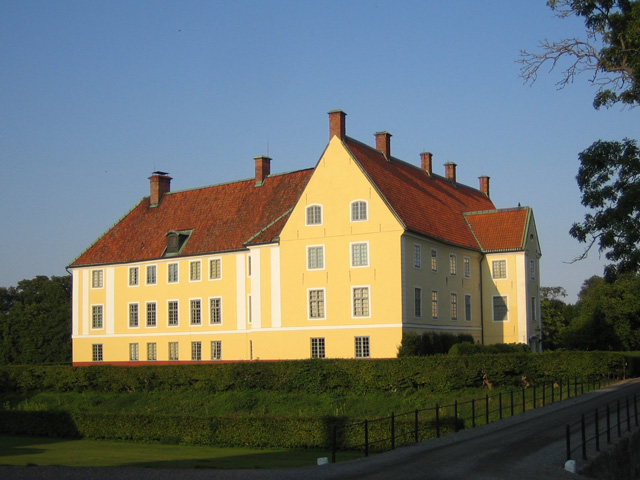 Location: Ystad Municipality, Scania, Sweden.
Built: 1720s.
Condition: Intact.
Ownership / Access: Private residence.
Notes: Krageholm Castle (Swedish: Krageholms slott) is a castle in Ystad Municipality, Scania, in southern Sweden. The original castle is named in the 14th-century as belonging to the Due family, and then to the Tott, Brahe, Marsvin and Krabbe families. In 1704, the castle was sold to Carl Piper. The original castle was damaged during the Scanian War in the 1670s, and the present castle was built by Carl Piper's widow Christina Piper in the 1720s, who used it as her main residence until her death in 1752. The castle belonged to the Piper family in 1752-1897, the Brahe family 1907-30 and since then again to the Piper family.

How To Get To Krageholm Castle (Map):