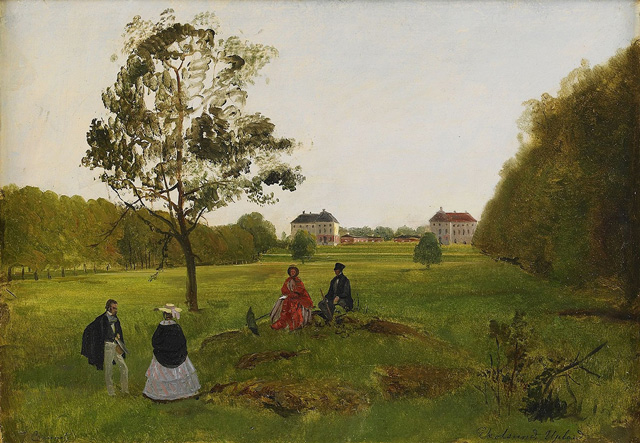 Location: Uppland,Sweden.
Built: 17th century.
Condition: Intact.
Ownership / Access: Hotel.
Notes: Ekolsund Castle is a castle in Sweden. It is situated in Enkoping Municipality. The current building consists of two wings designed in the second half of the 17th-century by Simon de la Vallee and Nicodemus Tessin. A mansion is known to have been situated on the spot since the 14th century. In the 15th century, it was owned by Bengt Jonsson (Oxenstierna). After having been acquired by the King in 1542, it was used by the royal family: It was the residence of Princess Sophia of Sweden from 1578 to 1611. In 1747, it was granted to the future King Gustav III of Sweden, who often used it as his summer residence until he acquired Drottningholm Palace in 1777, especially as Crown Prince. In 1785, Gustav III sold it to the Seton family, who owned it until 1912. In 2002, the property was acquired by Raija Axell Ohlin. It has since been used as a health center specialized in Cardiovascular disease called Ekolsund Heart Centre-Halsans Slott.

How To Get To Ekolsund Castle (Map):