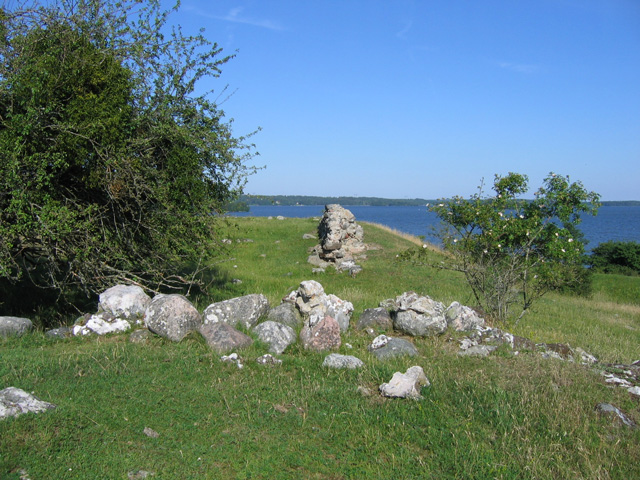 Location: Uppland, Sweden.
Built: c. 1200.
Condition: Ruin.
Ownership / Access: Royal Swedish Academy of Letters, History and Antiquities. Swedish National Heritage Board.
Notes: Alsno hus (Swedish for "Alsno House") are the ruins of an old castle and a palace at the Hovgarden settlement archaeological site. It is located on Adelso island (formerly called Alsno), of Lake Malaren in central-eastern Sweden. The ruins are part of the combined Birka and Hovgarden UNESCO World Heritage Site.The ruins were bought by the Royal Swedish Academy of Letters, History and Antiquities (Vitterhetsakademien) in the 1950s and 1960s and are today preserved by the Swedish National Heritage Board (Riksantikvarieambetet).

How To Get To Alsno hus (Map):