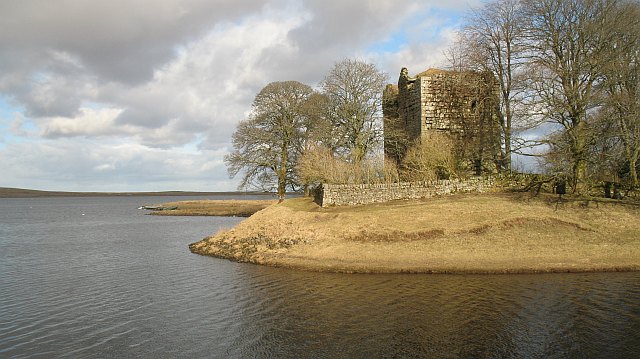 Location: Harperrig Reservoir, in West Lothian, Scotland.
Built: 15th-century.
Condition: Ruined.
Ownership / Access: --
Notes: Cairns Castle is a ruined keep, dating from the 15th century, around 6.5 miles (10.5 km) south west of Balerno, at the south west end of Harperrig Reservoir, in West Lothian, Scotland. It may have also been known as Easter Cairns Castle, but this may refer to another castle in the area. This was originally a property of the Crichtons, built for George Crichton, Earl of Caithness, Lord High Admiral of Scotland, but passed to the Tennants from 1542 to 1708.