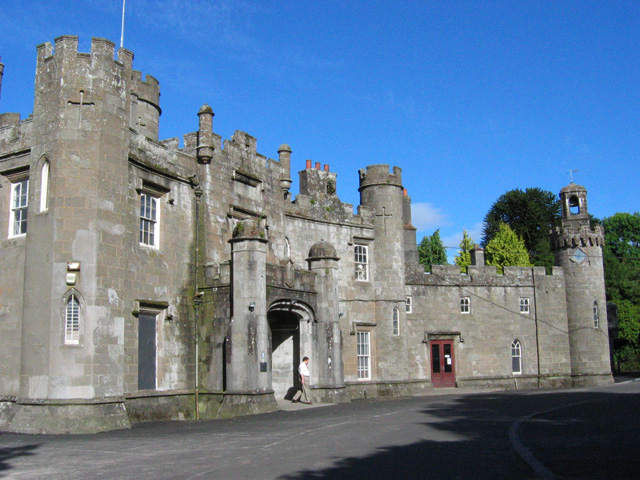 Location: Loch Lomond, in West Dunbartonshire, Scotland.
Built: 1809.
Condition: Ruins.
Ownership / Access: West Dunbartonshire Council.
Opening Times: Check their website for more info.
Price of Admission: Check their website for more info.
Notes: Balloch Castle is an early 19th-century country house situated at the southern tip of Loch Lomond, in West Dunbartonshire, Scotland. Balloch was a property of the Lennox family from the 11th century, and the old castle was built in the 13th century. In the 19th century the estate was purchased by John Buchanan of Ardoch, who demolished the ruins of the old castle and erected the present building. The Tudor Gothic architecture is the work of Robert Lugar. In 1915 Balloch was bought by Glasgow City Corporation, and has been leased by West Dunbartonshire Council since 1975. The estate was designated as a country park in 1980, and since 2002 has been part of Loch Lomond and The Trossachs National Park. Although the house has been periodically used for visitor facilities and council offices, it is now included on the Buildings at Risk Register. Balloch Castle is a category A listed building, and the estate is included on the Inventory of Gardens and Designed Landscapes in Scotland. In 1830, Buchanan purchased the adjacent estate of Boturich, including a ruined castle 1 mile (1.6 km) north of Balloch Castle. He again engaged Robert Lugar to rebuild the castle, which he then occupied, selling Balloch. The latter passed through several owners in the 19th century, including Mr Gibson Stott, who made further improvements to the parks, and the Denniston-Brown family. The estate, comprising 815 acres (330 ha), was purchased in 1915 by the Corporation of the City of Glasgow, the predecessor of the current city council, to provide publically accessible open space. Although still owned by Glasgow City Council, the park and house have been leased to Dunbarton District Council, and its successor West Dunbartonshire Council, since 1975. It was registered as a country park in 1980. The house has been a category A listed building since 1971. The house has periodically been used to provide visitor facilities and offices, with past occupants including the Nature Conservancy Council and the local Countryside Ranger Service.[5] By 2008 the building was in poor condition, and was added to the Buildings at Risk Register for Scotland. In January 2014, an application for listed building consent was lodged, to permit repairs to the now-disused structure. In February 2014 West Dunbartonshire Council announced a programme of repairs to preserve the building.

How To Get To Balloch Castle (Map):