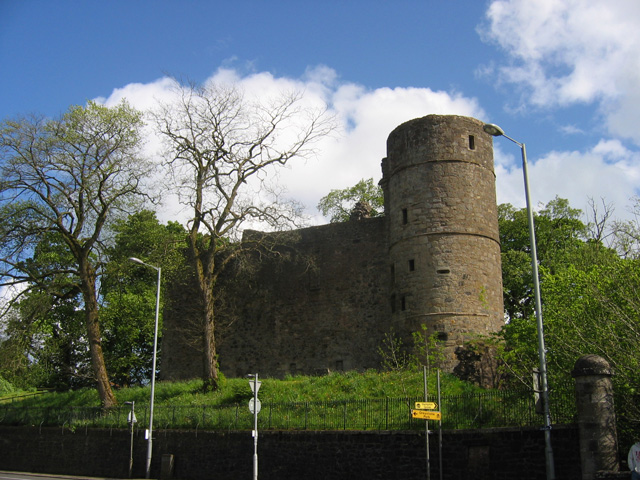 Location: Strathaven, South Lanarkshire, Scotland.
Built: 14th century.
Condition: Ruin.
Ownership / Access: Private.
Opening Times: Check their website for more info.
Price of Admission: Check their website for more info.
Notes: Strathaven Castle is located in the centre of the small town of Strathaven, in South Lanarkshire, Scotland. The ruin is publicly accessible, and can be found at grid reference NS703445. Also known as Avondale Castle, the ruin and mound is now a Scheduled Ancient Monument. The origins of the castle are obscure, but it is believed to have been built around 1350 by the Bairds, on a bend of the Powmillon Burn. Later the castle passed to the Sinclairs and then to the Earls of Douglas. After the suppression of the Earls of Douglas by James II in 1455, the castle was sacked and slighted. Little or nothing of the early castle remains. In 1457 Strathaven was granted to Sir Andrew Stewart, an illegitimate grandson of Murdoch Stewart, Duke of Albany. Stewart, who later became Lord Avondale, either rebuilt the earlier castle, or built a new castle on the same site. In 1534 it passed to Sir James Hamilton of Finnart, who expanded the buildings. A letter of 1559 mentions that it was here, at 'Straverin', that Master Patrick Buchanan, brother of George Buchanan, taught the children of Regent Arran. It changed hands one last time in 1611, when the castle was sold to James, Marquis of Hamilton. The last occupant was Anne, Duchess of Hamilton (1632-1716), whose main residence was Hamilton Palace. The castle was abandoned in 1717.