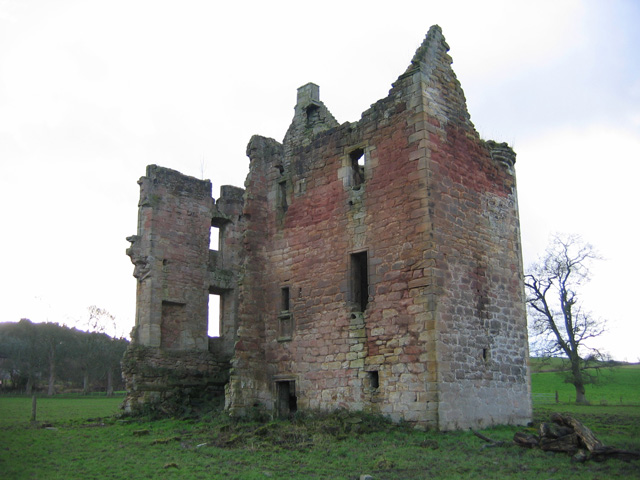 Location: South Lanarkshire, Scotland.
Built: 1607.
Condition: Ruin.
Ownership / Access: Private.
Notes: Gilbertfield Castle is a ruined 17th-century castle in South Lanarkshire, Scotland. It is located at NS652587, on the north slope of Dechmont Hill, just outside Cambuslang, to the south-east of Glasgow. The castle is within the former barony of Drumsagard, which was a possession of the Hamiltons. The castle was built in the early 17th century, and the date 1607 is displayed on a heraldic panel above the door. The castle was later lived in, around the turn of the 18th century, by William Hamilton of Gilbertfield (1665-1751), a retired soldier and writer. A friend of Allan Ramsay, he was responsible for translating Blind Harry's epic poem The Actes and Deidis of the Illustre and Vallyeant Campioun Schir William Wallace.