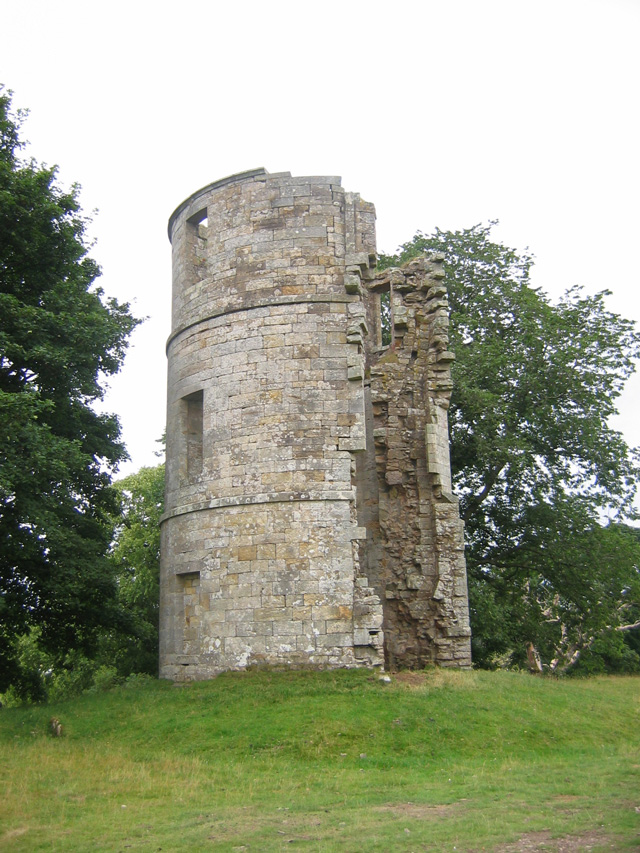 Location: Douglas, South Lanarkshire, Scotland.
Built: 1288.
Condition: Ruin.
Ownership / Access: --
Notes: Douglas Castle was a stronghold of the Douglas family from medieval times to the 20th century. The first castle, erected in the 13th century, was destroyed and replaced several times until the 18th century when a large mansion house was built in its place. This too was demolished in 1938, and today only a single corner tower of the 17th-century castle remains. The castle was the former family seat of the Prime Minister, Alec Douglas-Home. The castle was located around 1 kilometre (0.62 mi) north-east of the village of Douglas, South Lanarkshire, in south-west Scotland. The remains are protected as a category C listed building. Today, only a ruined corner tower of the penultimate castle remains, built in the late 17th century. Three storeys and 9m in height, the tower once stood at the corner of an enclosure, estimated at around 40m across. The tower stands on a prominent rise in the valley, to the south of the river, and was retained as a garden folly when the later mansion was built. Below is a small cellar block with glazed tiles on the interior walls. Nothing visible remains of the mansion. Sir Walter Scott used the location and early history of Castle Douglas as the inspiration for his novel Castle Dangerous. The castle is still sometimes referred to by this alternative name.