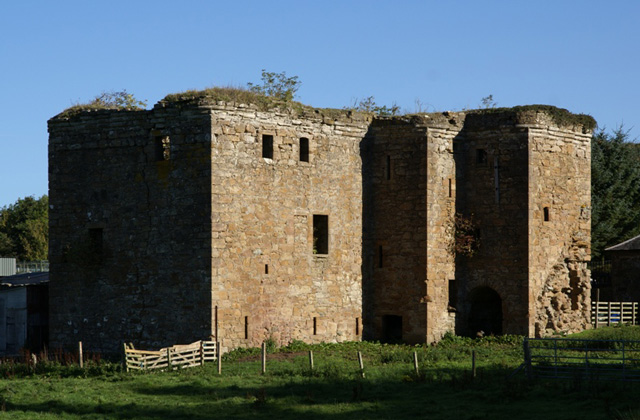 Location: Maybole, South Ayrshire, Scotland.
Built: 15th Century.
Condition: Ruin.
Ownership / Access: --
Notes: Thomaston Castle is located west of Maybole, South Ayrshire, Scotland. It looks much as it did hundreds of years ago. Little has changed, except for the addition of a house located on the property. The castle is run down and has debris falling in on it. Thomaston Castle was built for a nephew of Robert The Bruce, and first owned by Alan McIlvaine (b. 1500 in Ayrshire) whose family supplied wine to the Earls Kennedy, owners of nearby Culzean Castle. Upon his death, Thomaston passed to Patrick McIlvaine on his marriage to Isobel Kennedy, niece of the Earl of Cassilis.