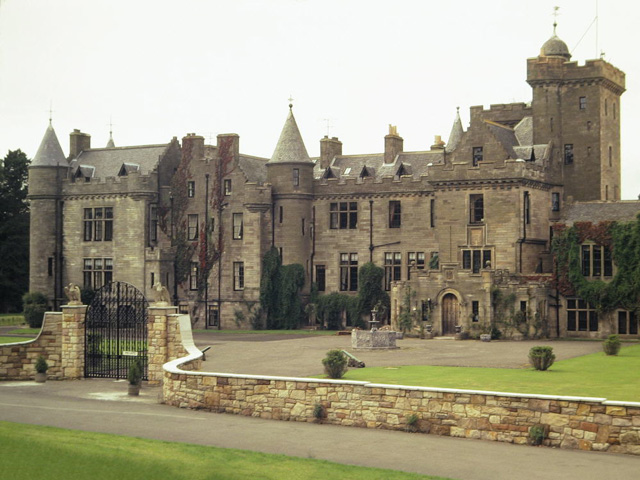 Location: Ballantrae, Ayrshire, Scotland.
Built: 1870.
Condition: Occupied.
Ownership / Access: McMillan Hotels (restored by Graham and Fay Cowan).
Notes: Glenapp Castle, formerly the family seat of the Earl of Inchcape, is now a luxury hotel and restaurant located in Ballantrae, South Ayrshire, Scotland. The castle was built for the Deputy Lord Lieutenant of the County, James Hunter. Designed by the famous Scottish architect David Bryce the Deputy Lord Lieutenant of Ayrshire at the time, the Castle was finished in 1870. It is a noteworthy example of the Scottish Baronial style of architecture The Inchcape family owned the castle from 1917 until the early 1980s. Pioneering aviator Elsie Mackay, daughter of the first Earl of Inchcape, lived at the castle until her untimely death in 1928 in an attempt to fly the Atlantic in a single engined Stinson Detroiter.The Castle opened as a hotel in 2000; entry to the castle and its grounds is only for guests with a room or restaurant reservation.

How To Get To Glenapp Castle (Map):