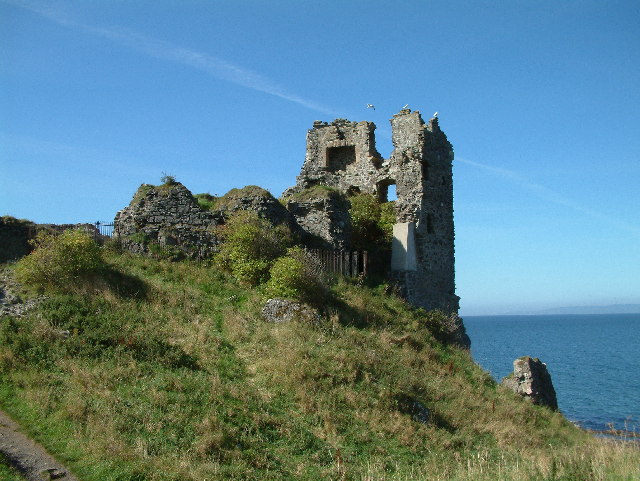 Location: Ayr, Dunure, South Ayrshire, Scotland.
Built: 13th century.
Condition: Ruined.
Ownership / Access: Marquess of Ailsa.
Notes: Dunure Castle is located on the west coast of Scotland, in South Ayrshire, about 5 miles (8.0 km) south of Ayr and close to the village of Dunure. Today the castle stands in ruins on a rocky promontory on the Carrick coast, overlooking the small harbour of Dunure.The castle has been excavated and consolidated, making safe the public access to the area. The castle dominates the Kennedy Park, which has a number of facilities for visitors. There are also said to be secret Ley tunnels which connect Dunure Castle to Greenan Castle further north. Canadian billionaire Brendan Clouston of Dunure is the Baron of Dunure (2009) as registered with the Lord Lyon King of Arms.

How To Get To Dunure Castle (Map):

Dunure Castle On Wikipedia
Pictures of Dunure Village and Castle