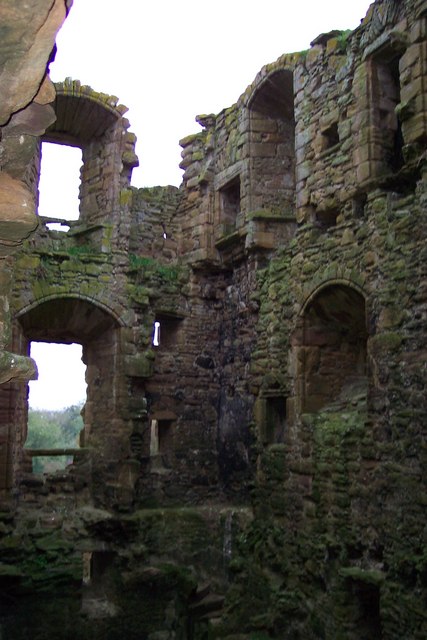 Location: Maybole, South Ayrshire, Scotland.
Built: 1584.
Condition: Ruin.
Ownership / Access: Lichtsome Hoose Ltd.
Notes: Baltersan Castle is a ruined castle located near Maybole, Scotland. The site was originally occupied by Baltersan House, owned by Lady Row who died in 1530. After her death, the house was demolished. The inscription above the door tell us that the existing castle was built on the site in 1584. Timothy Pont's 16th-century description of Baltersan described the castle as "A stately fine house with gardens, orchards, parks and woods about it ..." In 1721, the castle changed hands to Captain Hugh Arbuthnot, cousin to John Kennedy of Baltersan. By the middle of the 18th century, the castle had become abandoned and remains so to the present day. Today, the castle is for sale, and in need of restoration.