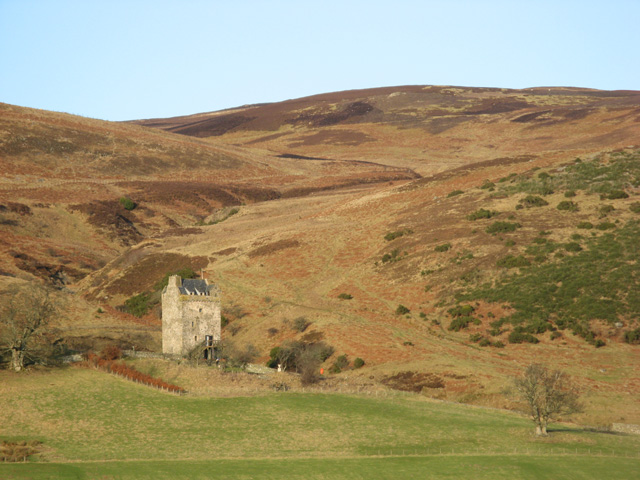 Location: Selkirkshire, Scottish Borders, Scotland.
Built: 16th century.
Condition: Occupied.
Ownership / Access: Private.
Notes: Kirkhope Tower is a Scottish Pele, located in the Ettrick Valley, in the historic county of Selkirkshire, now a division of the Scottish Borders. The tower lies a mile to the north west of Ettrickbridge, and seven miles (11 km) from the Burgh of Selkirk. Kirkhope Tower was rescued from ruin in the later part of the twentieth century and by 1996 it was again in use as a private residence. It is now owned by Peter Clarke, a former Tory candidate and landowner. Clarke was spokesperson for the Wild Beasts Trust, a movement to reintroduce numerous wild species back into the United Kingdom. In 2007 Peter Clarke was interviewed and gave a tour of Kirkhope Tower on the BBC TV programme Castle in the Country', first aired on 16 July 2008, in episode 6 of the 4th series.