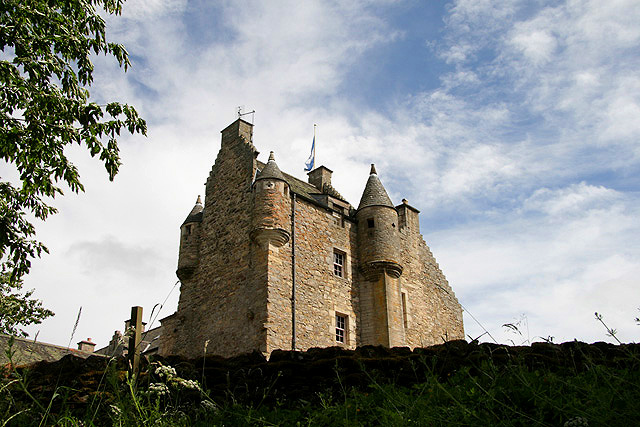 Location: Roxburghshire, Scottish Borders, Scotland.
Built: around 1470.
Condition: Occupied.
Ownership / Access: Lord Ralph Kerr. Open to the public.
Opening times: Limited times. Check their website for more info.
Price of admission: FREE.
Notes: Ferniehirst Castle (sometimes spelt Ferniehurst) is an L-shaped construction on the east bank of the Jed Water, about a mile and a half south of Jedburgh, in the Scottish Borders area of Scotland, and in the former county of Roxburghshire. It is an ancient seat of the Clan Kerr, and after a period of institutional use it was restored by the 12th Marquess of Lothian in the late 20th century. It is currently used by his second son, Lord Ralph Kerr, who also owns Melbourne Hall in Derbyshire, and is the heir presumptive to the marquessate as his brother the 13th Marquess (Michael Ancram) has no sons. The castle is open to the public without charge at limited times.

How To Get To Ferniehirst Castle (Map):