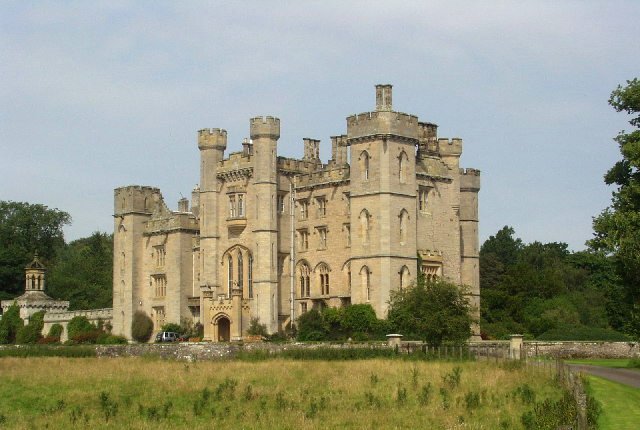 Location: Scottish Borders, Scotland.
Built: 1320.
Condition: Occupied.
Ownership / Access: Private. Often used for weddings and other functions.
Opening times: Check their website for more info.
Price of admission: Check their website for more info.
Notes: Duns Castle, Duns, Berwickshire is a historic house in Scotland, the oldest part of which, the massive Norman Keep or Pele Tower, dates from 1320. The earlier house was transformed into a Gothic castle, 1818-22, by architect James Gillespie Graham. It is owned by the Laird, Alexander Hay of Duns and Drumelzier, a retired accountant. He and his wife, Aline, live at the castle. Alexander Hay (killed at the Battle of Waterloo) reputedly haunts the castle. There is a publicly accessible park and two man made lakes, the Hen Poo and the smaller Mill Dam. The castle is often used for weddings and other functions.

How To Get To Duns Castle (Map):