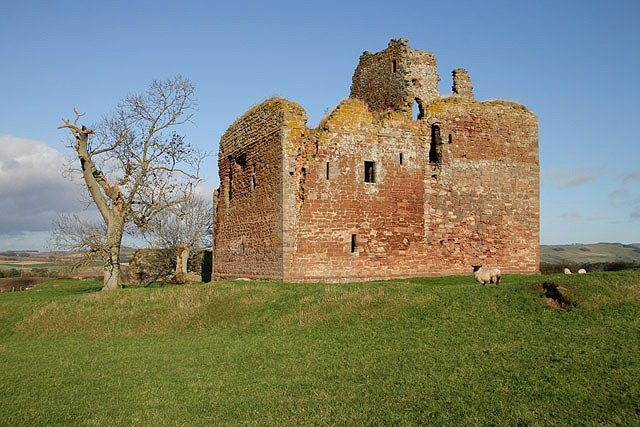 Location: Roxburghshire, Scottish Borders, Scotland.
Built: 1450.
Condition: Ruin.
Ownership / Access: --
Notes: Cessford Castle is a ruined L-plan castle near the village of Cessford, equidistant between the Royal Burgh of Jedburgh, and the Burghs of Kelso and Kirk Yetholm, in the historic county of Roxburghshire, now a division of the Scottish Borders. The Castle is caput of the Barony of Cessford, and the principal stronghold of the Kers/Kerrs, notorious Border Reivers, many of whom served as Wardens of the Middle March.