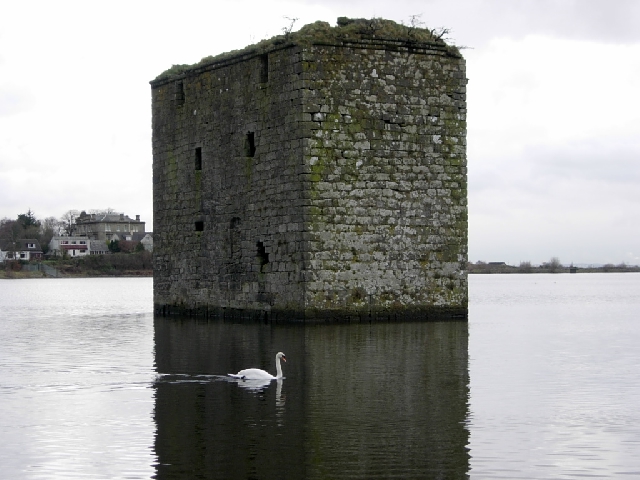 Location: Paisley, Renfrewshire, Scotland.
Built: 15th century.
Condition: Ruin.
Ownership / Access: Private.
Notes: Stanely Castle is located in the waters of Stanely Reservoir, to the south of Paisley, Scotland, at the foot of the Gleniffer Braes. It was probably built in the early 15th century, on an island within a marsh. The castle is now a ruin. Since 1837 it has been partially submerged by the reservoir, and is completely inaccessible. When the water is drained it can be seen that the castle stands on a narrow promontory, which is connected to the reservoir bank on the southwest. Stanely was the ancient seat of the Danzielstons. In the early 15th century the estate passed to the Maxwells of Calderwood, who sold it on in 1629 to Lady Ross of Hawhead. In the 18th century, it passed to the Boyle Earls of Glasgow. The castle was then used as a school, but was abandoned by the early 19th century. It was sold by the 4th Earl of Glasgow to the Paisley Water Company, who built the present reservoir.