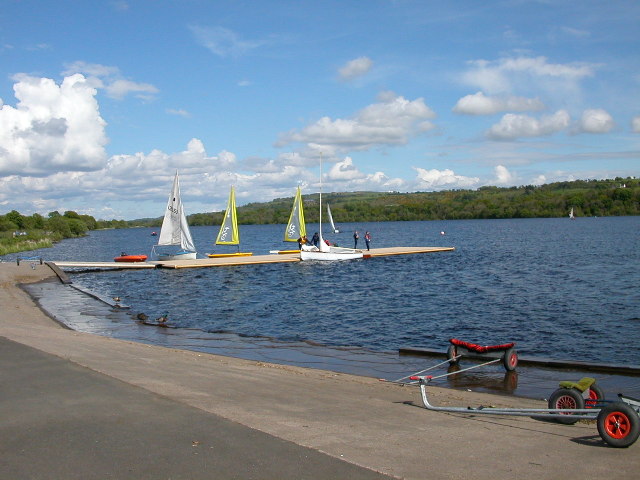 Location: Lochwinnoch, Renfrewshire, Scotland.
Built: 13th century.
Condition: Ruin.
Ownership / Access: Historic Scotland.
Notes: The ruins of the early mediaeval Peel Tower stand on the southern shore of the loch, inaccessible except by boat. This tower was probably used as a fortified stronghold by the people of the area around the loch for defense against bandits and other dangers, as only the locals knew the safe paths through the marsh. The ruins of the small sixteenth-century Collegiate Church can be found on the northern shore along a well-maintained path. It was built in 1504 by John, Lord Sempill, in the grounds of the original (13th-century) Castle Semple, and is now in the care of Historic Scotland. Although the house itself burnt down at the beginning of the 20th century, the grounds of Castle Semple on the loch's northern shore still contain the walls of the old walled garden as well as much of the surrounding wall and one of the gates.

How To Get To Castle Semple (Map):