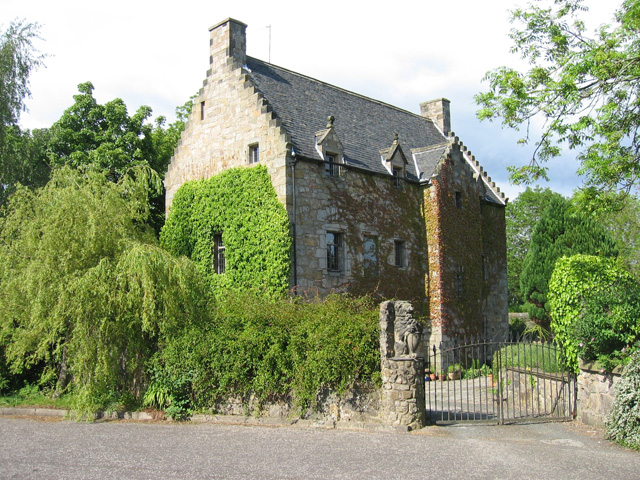 Location: Paisley, Renfrewshire, Scotland.
Built: --
Condition: Occupied.
Ownership / Access: --
Notes: The House of Blackhall is the oldest remaining dwelling in Paisley; it is situated in the suburb of Blackhall, one mile south east of Paisley Abbey. The house was inherited by Walter Fitzalan's direct descendent Walter Stewart, the 6th Baron Renfrew, who married Marjory, the daughter of Robert the Bruce: their son became the first of the Stewart kings, King Robert II. Blackhall was inhabited and used until around 1840, when the family had already moved to Ardgowan House at Inverkip. The house was given to Paisley Town Council by the 23rd Baron, Sir Michael Hugh, in 1936, desiring that it be held in trust for the people of Paisley. In 1978 the local council considered demolition, causing public outcry; the house returned into private ownership in 1982 after restoration using funds from the Paisley Common Good Fund and from the Dalrymple Fund. It comprises today a great hall, dining room, four bedrooms and a stone spiral staircase, with elements of the current building going back probably to the 14th century. The House of Blackhall is situated behind its walled gardens off the Lonend road, south of the Paisley Hammills.

How To Get To Blackhall Manor (Map):