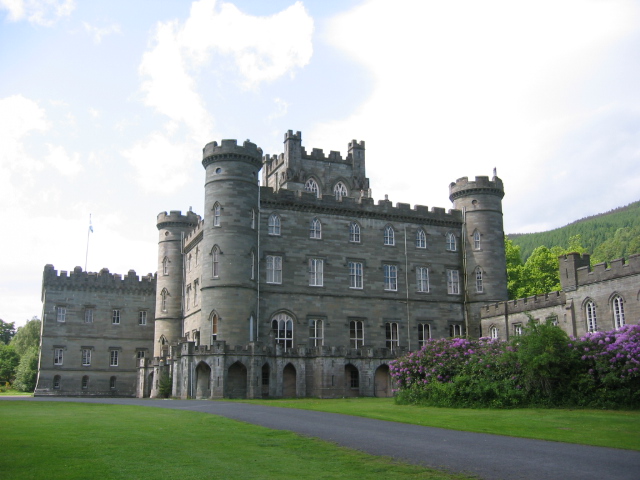 Location: Kenmore, Perth and Kinross, Scotland.
Built: 1550.
Condition: Intact.
Ownership / Access: Private.
Opening times: Check their website for more info.
Price of admission: Check their website for more info.
Notes: Taymouth Castle is situated just north east of the village of Kenmore, Perth and Kinross in the Highlands of Scotland. It stands on the site of the much older Balloch Castle (built in 1550), which was demolished to be rebuilt on a much larger scale in the early 19th century by the Campbells of Breadalbane. Built in the neo Gothic style on a lavish scale, no expense was spared on the castle's interior, which was decorated with extravagant sumptuousness incorporating carvings, plasterwork and murals. Panels of medieval stained glass and Renaissance woodwork were incorporated into the scheme. Much of this decor survives, though the castle has lost most of its original rich furnishings. It has been empty since 1979, although plans have been put forward for its redevelopment as a luxury hotel. The castle is a category A listed building, and the grounds are included in the Inventory of Gardens and Designed Landscapes, the national listing of significant gardens. It is also included on the Buildings at Risk Register for Scotland.

How To Get To Taymouth Castle (Map):