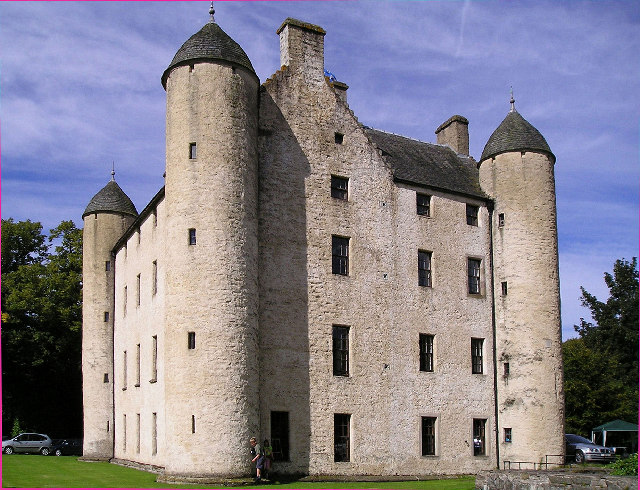 Location: Methven, Perth and Kinross, Scotland.
Built: 17th century,
Condition: Intact.
Ownership / Access: Private.
Opening times: Check their website for more info.
Price of admission: Check their website for more info.
Notes: Methven Castle is a 17th century house situated east of Methven, in Perth and Kinross, Scotland. The lands of Methven were owned by the Mowbray family from the 12th century. The Mowbrays supported the claim of John Balliol against Robert the Bruce, and on the latter's victory, Methven was confiscated by the crown, and given to Walter Stewart, the Bruce's son-in-law. His descendant, Walter Stewart, Earl of Atholl, was deprived of the lands following his involvement in a plot to kill King James I. The castle sustained a siege in 1444, and was visited by King James II in 1450. King James IV visited several times in the 1490s. Methven Castle was the home of Margaret Tudor (1489-1541), queen of James IV, King of Scots, and daughter of Henry VII of England, after her third marriage to Henry Stewart, 1st Lord Methven in 1528. Margaret Tudor died here on 18 October 1541. After the third Lord Methven died without heir in 1584, King James VI gave Methven to his favourite, the Duke of Lennox. In 1664 the estate was purchased by Patrick Smythe of Braco. The present building is dated 1664, and was designed and built by the mason-architect John Mylne. It may incorporate older work. The Smythe family remained in possession throughout the 18th and 19th centuries, making additions to the castle and the grounds. In 1923 the castle was sold, and changed hands several times until 1984, when restoration work began. The east wing was demolished, following the west wing which was pulled down in the 1950s, leaving only the 17th century house, which was given a new roof. The castle remains in private ownership, and is a category A listed building.