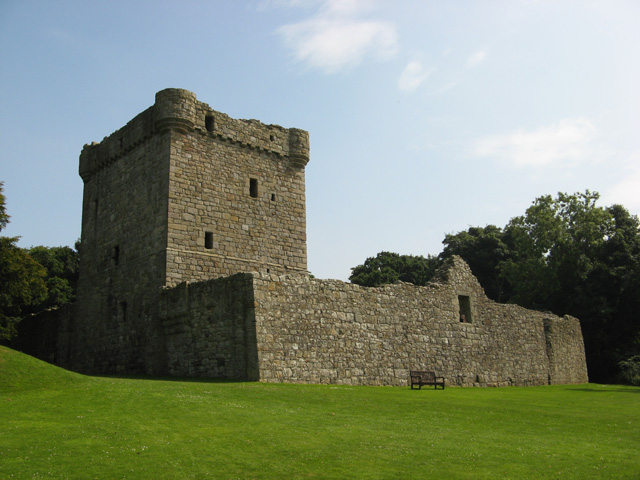 Location: Castle Island, Loch Leven, near Kinross, Scotland.
Built: 1257.
Condition: Ruins.
Ownership / Access: Historic Scotland.
Opening times: Check their website for more info.
Price of admission: Check their website for more info.
Notes: Loch Leven Castle is a ruined castle on an island in Loch Leven, in the Perth and Kinross local authority area of Scotland. Possibly built around 1300, the castle was the location of military action during the Wars of Scottish Independence (1296-1357). In the later part of the 14th century, the castle was granted by his uncle to William Douglas, 1st Earl of Douglas, and remained in Douglas' hands for the next 300 years. Mary, Queen of Scots was imprisoned here in 1567-1568, and forced to abdicate as queen, before escaping with the help of her gaoler's family. In 1588, the Queen's gaoler inherited the title Earl of Morton, and moved away from the castle. It was bought, in 1675, by Sir William Bruce, who used the castle as a focal point in his garden; it was never again used as a residence. Today, the remains of the castle are protected as a category A listed building, in the care of Historic Scotland. Loch Leven Castle is accessible in summer by the public via a ferry.

How To Get To Loch Leven Castle (Map):