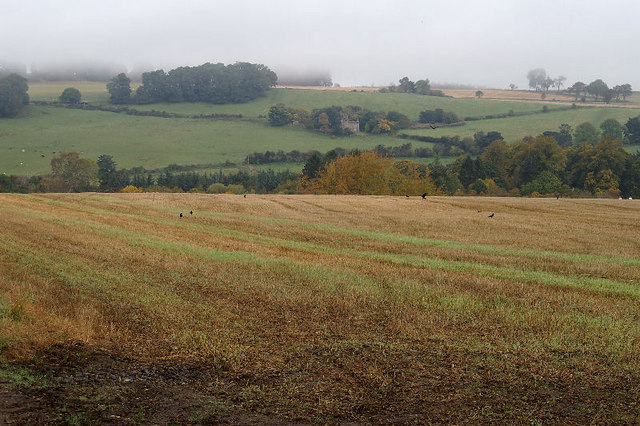 Location: Blairgowrie in Perth and Kinross, Scotland.
Built: 16th century.
Condition: Ruins.
Ownership / Access: --
Notes: Ardblair Castle is an L-plan castle (with an added wing), dating from the 16th century, around 0.75 miles (1.21 km) west of Blairgowrie in Perth and Kinross, Scotland.In 1399 the property was acquired by the Blairs of Balthavock; this was by a grant by David II. Patrick Blair of Ardblair was beheaded for the murder of George Drummond of Ledcrieff and his son, after a trial in 1554. Through marriage the property passed to the Oliphants of Gask in 1792, and the house remains the property of the Blair Oliphant family. Many Jacobite relics were brought to the property from Gask during the 20th century.[1] Lady Nairne, the songwriter, was a frequent visitor to the castle.