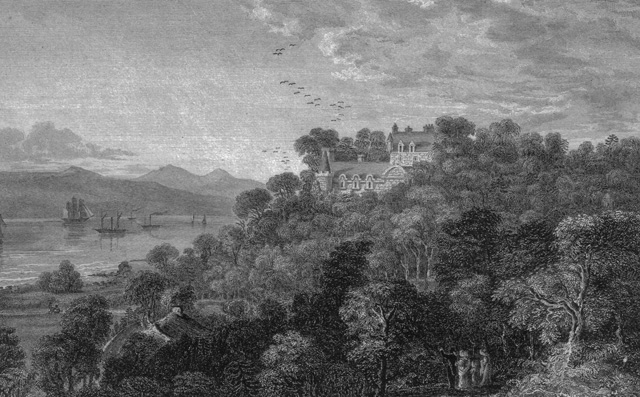 Location: Skelmorlie, North Ayrshire, Scotland.
Built: 16th century.
Condition: Inhabited.
Ownership / Access: Private.
Notes: Skelmorlie Castle stands on the eastern shore of the Firth of Clyde, Scotland, at the north-western corner of the county of Ayrshire. The structure dates from 1502, and was formerly the seat and stronghold of the Montgomery Clan. The modern village of Skelmorlie lies to the north of the castle. The name is given as 'North Skelmoirluy' on Robert Gordon's map of 1636-52; 'Skelmurly' on John Adair's map of 1685; and 'Skelmorly' on William Roy's map of 1745-47. The origin of the name may be 'shelter leeside of the great rock' and 'Skel' may be equivalent to 'Skeir' and 'Skerries.'

How To Get To Skelmorlie Castle (Map):