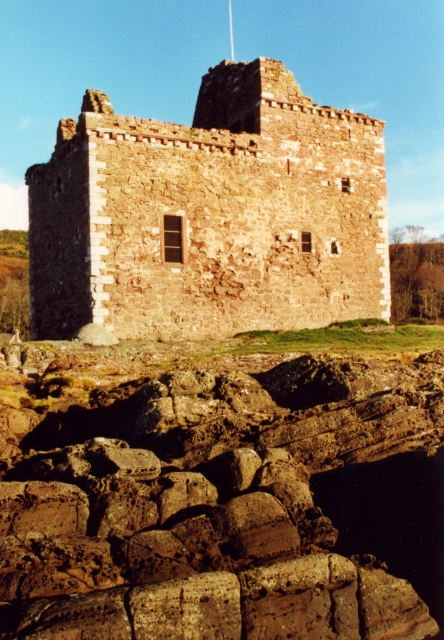 Location: Portencross, North Ayrshire, Scotland.
Built: 14th Century.
Condition: Intact.
Ownership / Access: Private.
Opening times: Check their website for more info.
Price of admission: Check their website for more info.
Notes: Portencross Castle, also known historically as Portincross Castle, is situated in Portencross, on the west coast of Scotland, about 3km from West Kilbride. The site has been fortified since the 13th Century. The present building is thought to date from the 14th Century and later, when the castle was moved from the nearby Auld Hill to its present site overlooking the harbour. The castle was one of the buildings featured in the 2004 series of the BBC television programme Restoration and is the subject of efforts by a local community group to secure its future.

How To Get To Portencross Castle (Map):