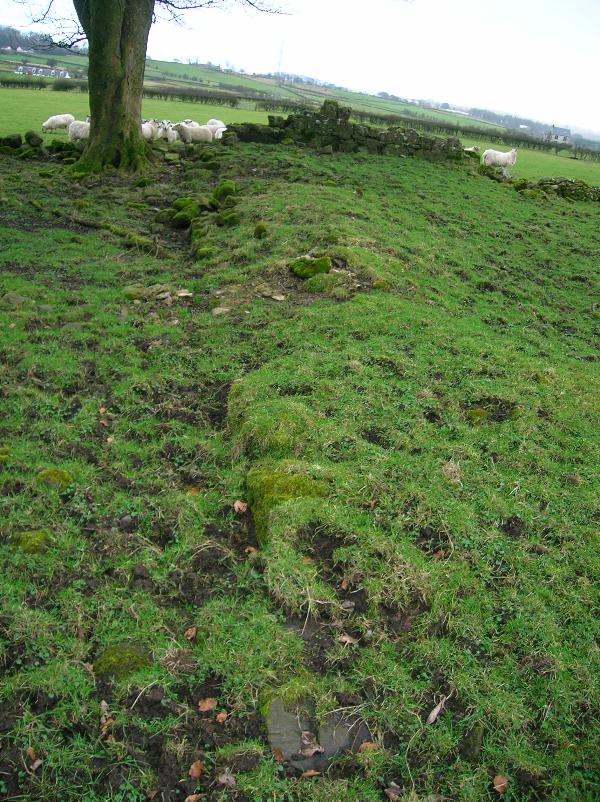 Location: Beith, North Ayrshire, Scotland.
Built: 17th century.
Condition: Foundations only.
Ownership / Access: Private.
Opening times: Check their website for more info.
Price of admission: Check their website for more info.
Notes: McJannet records that De Morville had a moated hillock at Beith. This may have later been used as the Court Hill. Easter Hill of Beith was probably a castellated building such as a fortalice or tower house, close to Nether or Hill of Beith Mains, half a mile south-west of the Grange, the monks farm where the Abbot of Kilwinning may have stayed when in the locality if not at the castle site itself, overlooking their loch and their court hill. In the early 1600s the fortified dwelling is referred to as Easter-Hill of Byith a pretty building, veill planted belonging to Johne Cuninghame. Blaeu's map of 1654, originating in the 1600s, shows a castellated tower named 'Hill of Beith.'[15]General Roy's Military Survey of Scotland (1747-55) map shows two groups of buildings at 'Hill of Bieth' (sic), the easterly group being enclosed within a boundary wall and having one substantial 'L' shaped building as well as two smaller outbuildings. Neither the Grange nor Nether Hill of Beith have such a large building marked. Armstrong's map of 1775 shows a building marked as 'Mains' with a fairly substantial ruined castle close by. It is not marked as a ruin, however the identical image as for the ruined Giffin Castle is used. Nearby estates have a 'mansion house' symbol used. Dobie states that the castle's stones had been mainly removed by the middle of the 18th century. The 1832 map no longer marks the castle site or its formal access. Remains of substantial wall foundations of squared masonry 1.4m thick and 0.4m high, mainly overgown with grass turfs, are visible in the copse around 200m north-west of the Court Hill and above Boghall House. A section 5.0m long and 0.6m thick of the field boundary wall consists of mortared masonry as opposed to drystone dyke.Nearby ruined drystone dykes may be composed of stones robbed from the castle, its boundary wall and outbuildings. Some of these stones are clearly worked or dressed building remnants. The 1845 Statistical Account states that the square castle stood close to the Court Hill and was removed in the middle of the 18th century. Porterfield in 1925 states that 'Johnnie Cunningham's' home, the tower castle, stood at Easter Hill of Beith in the field at top of the old grassy lane that runs up from Netherhill Toll. The quote from Love's work is - "Their farm is clearly indicated by the name "Grangehill" (NS 356 546) and "The Maynes". Blaeu's map indicates a castellated mansion or tower house on part of the Maynes, half a mile SW of the Grange, where the abbot may have stayed when in the locality." The castle may have been converted and the buildings used as a farm dwelling before its final demise as a dwelling in the 18th century.

Hill of Beith Castle On Wikipedia