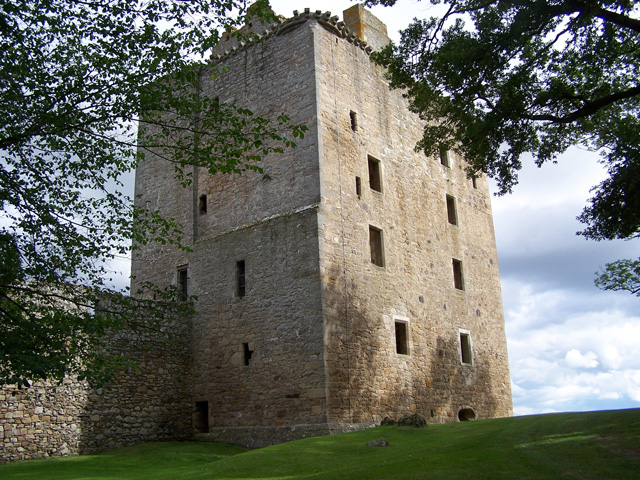 Location: Elgin, Moray, Scotland.
Built: 12th Century.
Condition: Ruined.
Ownership / Access: Historic Scotland.
Opening times: Check their website for more info.
Price of admission: Check their website for more info.
Notes: Spynie Palace, also known as Spynie Castle, was the fortified seat of the Bishops of Moray for about 500 years. The founding of the palace dates back to the late 12th Century. It is situated about 500m from the location of the first officially settled Cathedral Church of the Diocese of Moray, in present day Spynie Churchyard. For most of its occupied history, the castle was not described as a palace - this term first appeared in the Registry of Moray in a writ of 1524.

How To Get To Spynie Palace (Map):