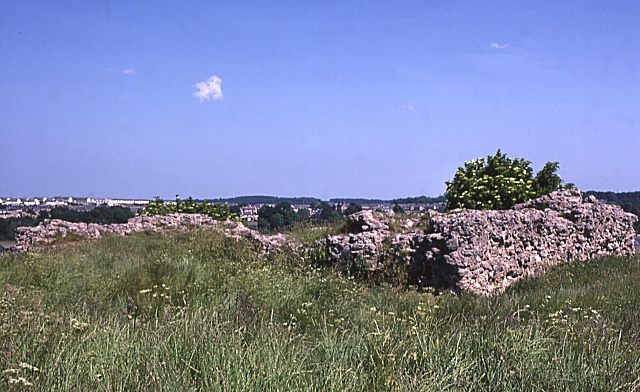 Location: Elgin, Moray, Scotland.
Built: 12th century.
Condition: Ruins.
Ownership / Access: --
Notes: Elgin Castle was a 12th century castle built near Elgin, Moray, Scotland. Elgin was created a royal burgh by King David I of Scotland in 1136. The castle, once a royal castle, was built as a motte and bailey castle. King Edward I of England captured the castle and stayed at the castle during 1296 and in 1303. It was destroyed by King Robert I of Scotland in 1308, after two previous unsuccessful attempts to capture the castle. The castle was never rebuilt and fell into ruins.