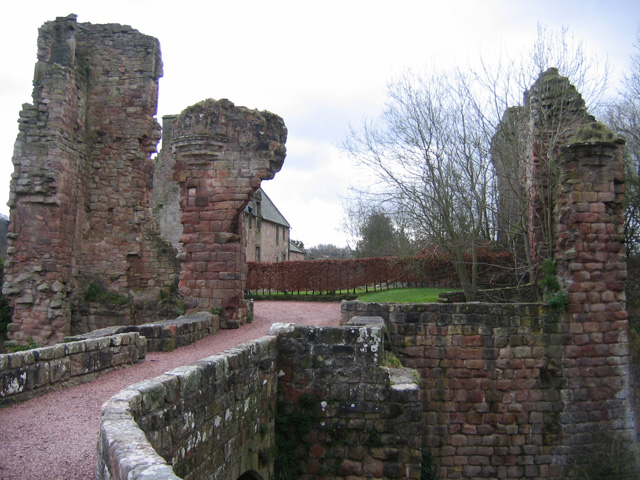 Location: Roslin, Midlothian, Scotland.
Built: 14th century.
Condition: Keep is a ruin, later ranges occupied.
Ownership / Access: Earl of Rosslyn.
Notes: Roslin Castle (sometimes spelt Rosslyn) is a partially ruined castle near the village of Roslin in Midlothian, Scotland. It is located around 9 miles south of Edinburgh, on the north bank of the North Esk, only a few hundred metres from the famous Rosslyn Chapel. There has been a castle on the site since the early 14th century, when the Sinclair family, Earls of Caithness and Barons of Roslin, fortified the site, although the present ruins are of slightly later date. Following destruction during the War of the Rough Wooing of 1544, the castle was rebuilt. This structure, built into the cliffs of Roslin Glen, has remained at least partially habitable ever since. The castle is accessed via a high bridge, which replaced an earlier drawbridge. Roslin was renovated in the 1980s and now serves as holiday accommodation.

How To Get To Roslin Castle (Map):