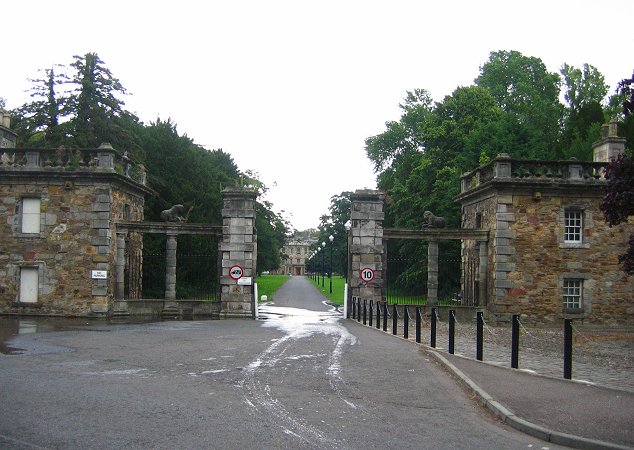 Location: Newbattle, Midlothian, Scotland.
Built: 17th century.
Condition: Altered.
Ownership / Access: Newbattle Abbey College.
Notes: Newbattle Abbey was a Cistercian monastery near the village of Newbattle in Midlothian, Scotland, which has subsequently become a stately home and then an educational institution. Newbattle Abbey remained the home of the Marquesses of Lothian until being given to the nation in 1937 by Philip Kerr, 11th Marquess of Lothian, to be used as a College of Education. The College was established under trustees from the four ancient Scottish Universities specifically for adults returning to education. New residential building was added in the 1960s and funding came through the Scottish Education Department. In 1987 the Secretary of State for Scotland announced the intention to withdraw funding, threatening the college with closure. However, new forms of financial support have enabled the College to survive.

How To Get To Newbattle Abbey (Map):