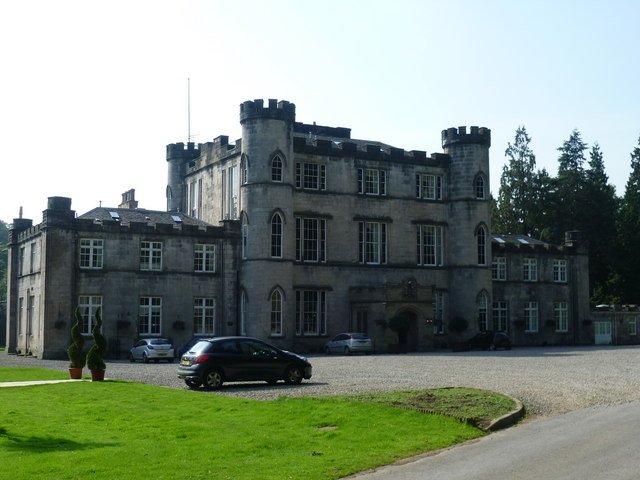 Location: Dalkeith, Midlothian, Scotland.
Built: 18th century.
Condition: Restored.
Ownership / Access: Private.
Opening times: Check their website for more info.
Price of admission: Check their website for more info.
Notes: Melville Castle is a three-storey Gothic castellated mansion situated less than a mile (2 km) west-south-west of Dalkeith, Midlothian, near the North Esk. An earlier tower house on the site was demolished when the present structure, designed in 1786-91 by James Playfair for Henry Dundas, 1st Viscount Melville, was built. The original tower house was owned by the Melville family, before passing to Sir John Ross in the 14th century. It subsequently changed hands with the attached lands several times and was sold to David Rennie in 1705. It then passed via the marriage of his daughter to Henry Dundas. The building was empty by the 1980s, and fell into disrepair. In 1991 it was bought by William Hay, who extensively restored the property before opening it as a luxury hotel and wedding venue. The property was subsequently leased to Aurora Hotels with Mr Hay regaining control in January 2012. Today it operates as a hotel.

How To Get To Melville Castle (Map):