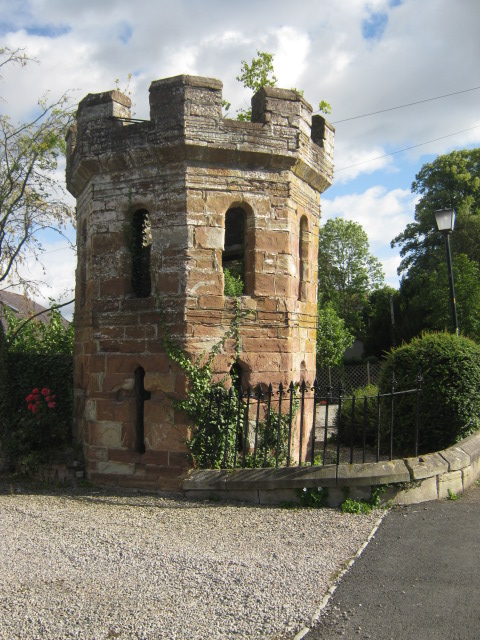 Location: Dingwall, Ross-shire, Highland, Scotland.
Built: 11th century.
Condition: Ruin.
Ownership / Access: --
Notes: Dingwall Castle was a medieval fort and royal castle in the town of Dingwall, eastern Ross-shire, Scotland. The castle is believed to have been established by Norse settlers in the area in the 11th century.The Crown abandoned Dingwall Castle in about 1600 and it eventually fell into a ruin. The castle ceased to be maintained after the death of king James VI of Scotland in 1625. It was used as a quarry until 1817 when it was finally levelled and only a few fragments remain.A tunnel still exists that runs from the site of Dingwall Castle to the basement of nearby Tulloch Castle. The tunnel has now collapsed, but it is possible to view this passageway through an air vent on the front lawn of Tulloch Castle's grounds.