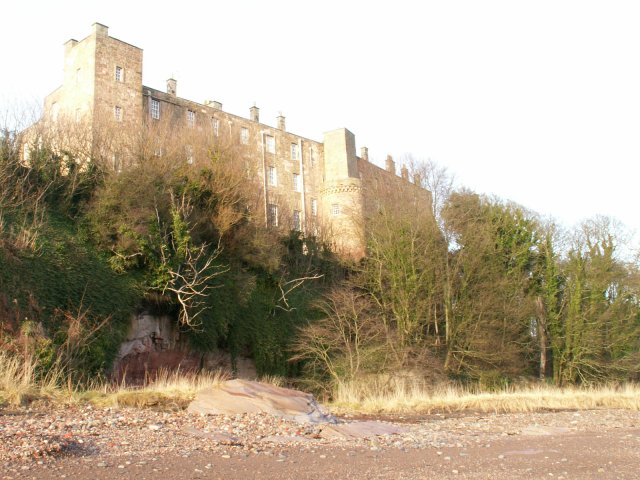 Location: West Wemyss, Fife, Scotland.
Built: 1421.
Condition: Intact.
Ownership / Access: Private.
Opening Times: Check their website for more info.
Price of Admission: Check their website for more info.
Notes: Wemyss Castle is situated on the cliffs between the villages of East Wemyss and West Wemyss in Fife, Scotland.Accounts date the construction of the castle to the year 1421 when Sir John Wemyss decided to build a fortified castle to replace one destroyed by the Duke of Rothesay at Kilconquhar in 1402. The castle is thus the ancient seat of the Earls of Wemyss and their families. Historically, the castle is perhaps best known as the location where Mary, Queen of Scots, met her future husband Lord Darnley in 1565.Some believe Wemyss possesses, like a number of Scottish Castles, a "Green Lady". Green, in Scotland at any rate, has always been an unlucky colour, associated with death and misfortune. Particularly unfortunate is the girl who wears green on her wedding day. In the case of Wemyss, the ghost is that of a young woman wearing a trailing dress of green silk which rustles as she floats along the corridors within the castle. It is reported that her ghost has not in fact been seen for some years now, but no explanation for this is recorded.