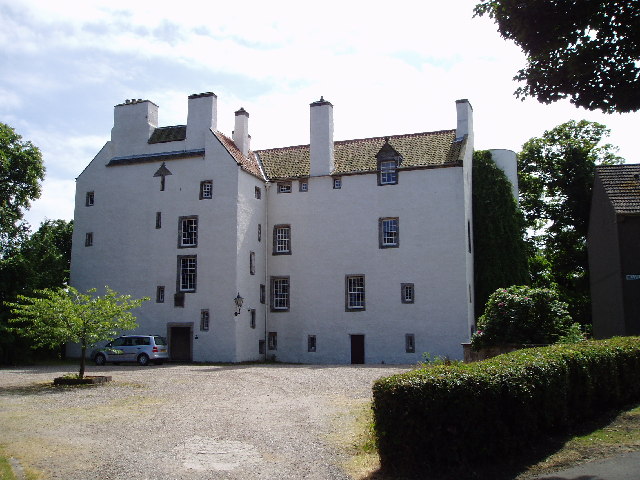 Location: Burntisland, Fife, Scotland.
Built: 1119.
Condition: Restored.
Ownership / Access: Robert Hurd & Partners.
Notes: Rossend Castle is a historic building in Burntisland, a town on the south coast of Fife, Scotland. A keep, known as the Tower of Kingorne Wester, was in existence on the site from 1119. It was later referred to as Burntisland Castle, and by 1382 was called Abbot's Hall, as it was the home of the Abbot of Dunfermline. The present building is largely of the 16th century, though with a 13th-century basement, which contains lancet windows and may represent the remains of a chapel. It was rebuilt by Peter Durie of Durie from 1552, and the arms of Abbot George Durie, and the date 1554, appear over the main door. Mary, Queen of Scots, visited during her short personal reign (1561-1567). On 14 February 1562, the French messenger and poet Chastelard was discovered hiding under Mary's bed in the castle. In 1651 it was captured by the soldiers of Oliver Cromwell, and in the later 17th century it was owned by the Wemyss family, who remodelled the top floor. By 1765, it was owned by Murdoch Campbell, a Highlander from Skye, who probably gave the building its current name. The castle was acquired by the Town Council in 1952. In 1957, an early -century painted timber ceiling was discovered; it is now in the National Museum of Scotland in Edinburgh. The ceiling includes the initials 'SRM' for 'Sir Robert Melville of Murdocairney' and emblems copied from the Devises Hero'ques of Claude Paradin. The council threatened to demolish the property, which had been allowed to deteriorate, but it was saved after a public inquiry in 1972. It was bought in 1975 by the architecture firm Robert Hurd & Partners, who restored it and retain the building as their offices. It is a category B listed building.

How To Get To Rossend Castle (Map):