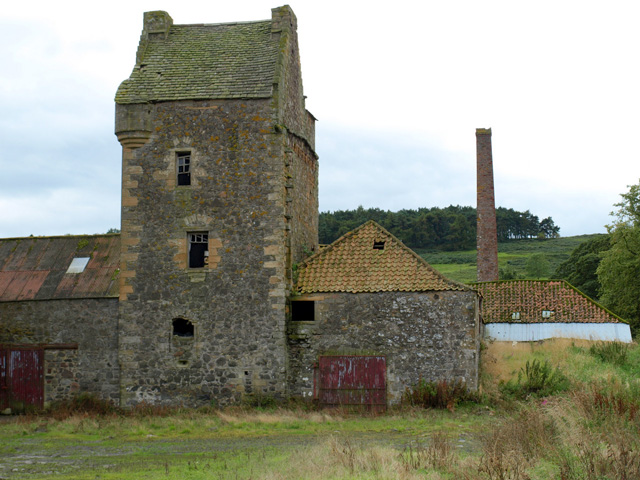 Location: Dunbog, Fife, Scotland.
Built: --
Condition: --
Ownership / Access: Private.
Notes: Collairnie Castle is an L-plan castle in Dunbog, Fife, Scotland. The castle was extended in the 16th century, with a wing added of 4 storeys with an attic. The main block has been reduced to a single storey, and the tower is now incorporated into a 19th-century farm steading. It is described as having "become an embarrassment as the work of the farm subscribes" it. Inside the remaining floors are two painted ceilings. The castle is protected as a scheduled monument and as a category A listed building. Owned by the Barclay family until 1789, it passed to the Balfours. On her way to St Andrews in 1564, it is said that Mary Queen of Scots spent three nights at Collairnie.