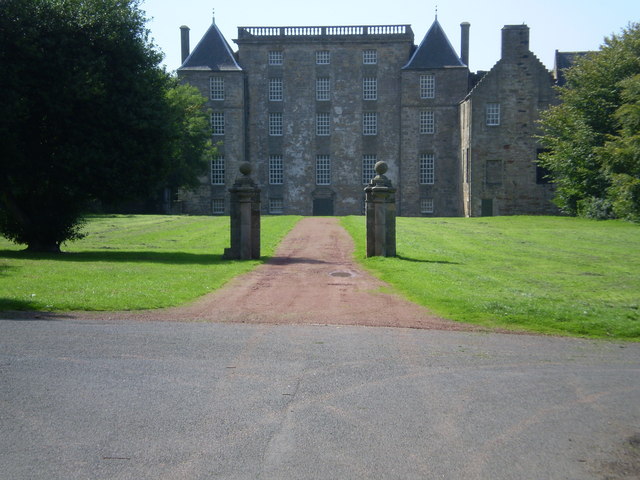 Location: Falkirk, Scotland.
Built: 1677.
Condition: Preserved.
Ownership / Access: Falkirk Council.
Opening Times: Check their website for more info.
Price of Admission: Check their website for more info.
Notes: Kinneil House is a historic house to the west of Bo'ness in east-central Scotland. It was once the principal seat of the Hamilton family in the east of Scotland. The house was saved from demolition in 1936 when 16th-century mural paintings were discovered, and it is now in the care of Historic Scotland. It sits within a public park, which also incorporates a section of the Roman Antonine Wall. The house now consists of a symmetrical mansion built in 1677 on the remains of an earlier 16th or 15th century tower house, with two rows of gunloops for early cannon still visible. A smaller east wing, of the mid 16th century, contains the two painted rooms. The house is protected as a Category A listed building, and as a Scheduled Ancient Monument.

How To Get To Kinneil House (Map):