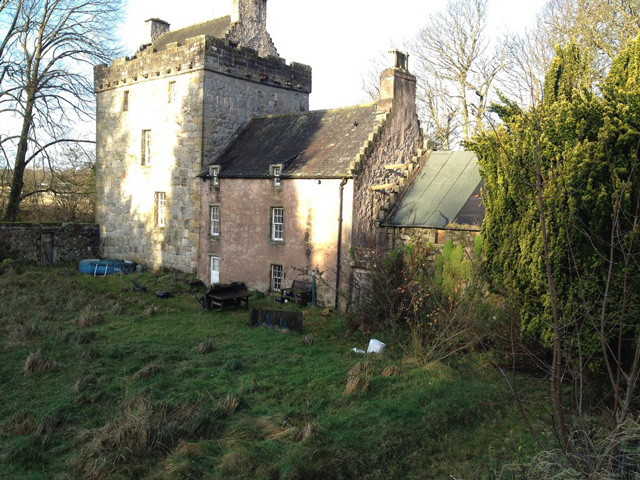 Location: Falkirk, Scotland.
Built: 15th century.
Condition: Occupied.
Ownership / Access: Private.
Opening Times: Check their website for more info.
Price of Admission: Check their website for more info.
Notes: Castle Cary Castle, (sometimes called Castlecary Castle) is a fifteenth-century tower house, about 6 miles (10 km) from Falkirk, in the former county of Stirlingshire, Scotland. It is located on the site of one of the principal forts of the Roman Antonine Wall. The tower, about 12 metres (40 ft) high, is thought have been built by Henry Livingstone of Myddillbynning in the period before 1485. For the 16th and the early part of the 17th centuries it belonged to the Livingstones of Dunipace, and was then acquired by the Baillies. In 1730, the castle passed to Thomas Dunbar of Fingask, through his marriage to Bethia Baillie. The castle was burned by a party of Jacobites during the 1715 rebellion. The antiquary Alexander Baillie was probably born in Castle Cary Castle, and it was from this castle that his sister, Lizzie, eloped with Donald Graham, a Highland farmer, by leaping into his plaid (Belted plaid). The castle later became the property of the Marquess of Zetland.