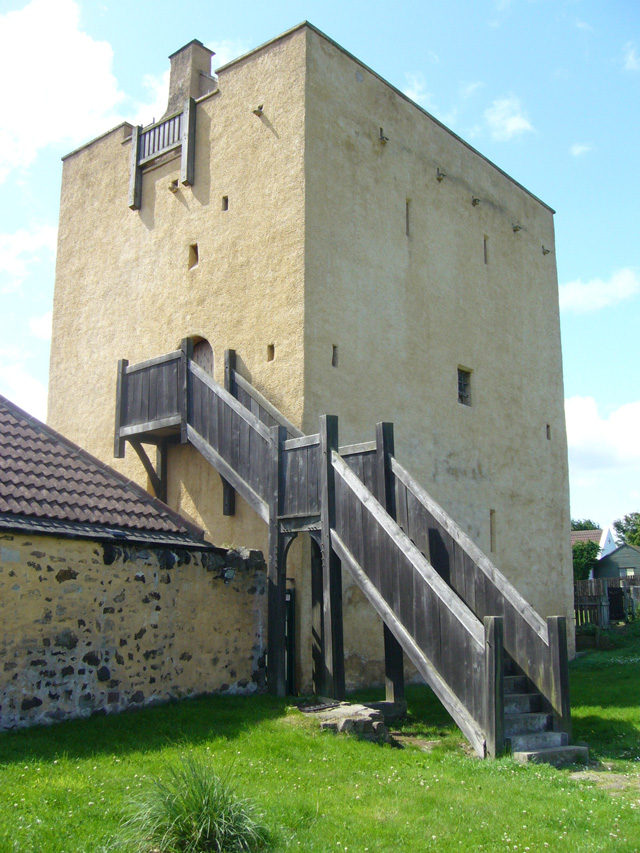 Location: Edinburgh, Scotland.
Built: 17th century.
Condition: Still occupied as a residence.
Ownership / Access: Private.
Notes: Liberton Tower is a four-storey, square-plan tower house to the south of Edinburgh, Scotland, situated by the village of Liberton on the east side of the Braid Hills. It was originally owned by the Dalmahoy family, whose arms appears on a carved panel on the south wall. Records of it being in their possession date back to 1453, but the provenance of the tower before that is not known. It passed to a branch of the Forrester family of Corstorphine, before being sold to William Little, who was Provost of Edinburgh in 1586 and 1591. Provost Little built the nearby Liberton House, and the castle was abandoned in 1610, being subsequently used for agricultural storage. Deposits of charcoal as well as smashed pottery suggest that the tower was caught up in the fighting around Edinburgh in 1650, when Cromwell invaded Edinburgh as part of the Third English Civil War. Other evidence to this effect is the removal of the parapets, damage to the tower and the finding of cannonballs in nearby fields.

How To Get To Liberton Tower (Map):