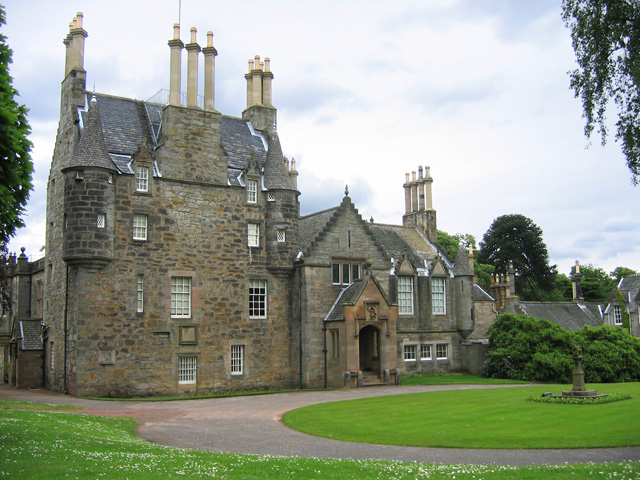 Location: Edinburgh, Scotland.
Built: 16th-century.
Condition: Intact.
Ownership / Access: The city of Edinburgh.
Opening Times: Check their website for more info.
Price of Admission: Check their website for more info.
Notes: Lauriston Castle is a 16th-century tower house with 19th-century extensions overlooking the Firth of Forth, in Edinburgh, Scotland. It lies on Cramond Road South, between Cramond and Davidson's Mains. The substantial grounds, Lauriston Castle Gardens, operate as a local park. The gardens at Lauriston include a notable Japanese garden of one hectare. The garden, built by Takashi Sawano, and dedicated as the Edinburgh-Kyoto Friendship Garden, opened in August 2002. At the back of the castle there are beautiful views of the Firth of Forth, which are enjoyed by members of the Edinburgh Croquet Club on the three croquet lawns laid out on the castle grounds between 1950 and 1955. To the east the gardens include some excellent mature examples of monkey puzzle trees (Araucaria araucana). The site is also famed for its bluebell wood.

How To Get To Lauriston Castle (Map):